The photos shown here are of the 2001 Regatta held in Southwest Harbor, Maine. This page is best viewed at 800x600 or higher screen resolution.

Twilight at Southwest Harbor.  Could there be anything prettier?

The oldest boat at the 2001 Nationals, "Alert" with skipper Sam Lawrence.

The newest boat at the 2001 Nationals, "Canary" with skipper Jane Gray.

The down wind mark.

Close quarters at the mark

Look closely and you'll see the lead boat coming back up through the fleet.

The winning boat "AD" with skipper Will Welles and crew making it look easy. 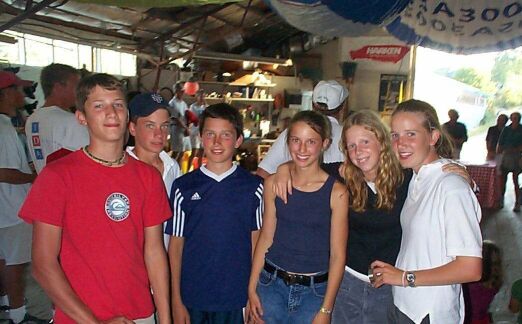 The 2001 winners with Gordon Goodwin and Wendy Goodwin-Kelly.